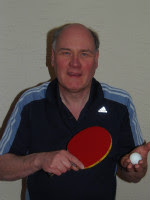 Roger Walton, Chair of the District, will join with the Bradford North Methodist Circuit on 22nd February 2013, @ 7:00pm, at Baildon Methodist Church for a fun filled evening of table tennis coaching, tournaments and challenges.  The young people will join Roger during the first part of the evening to learn some master-strokes, then later in the evening the event will be opened up to anyone wishing to Challenge Roger to a game or two.

Roger is seeking sponsorship to raise money for the Touchstone Centre, Bradford. Touchstone is one of the leading agencies in relationships between different faiths. It is recognised by the Methodist Church as a nationally significant venture and by the Foreign and Commonwealth Office for its work among Christians and Muslims.