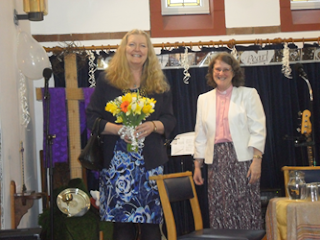 We started off our 30th Anniversary celebrations in style with the Rev. Christine Crabtree welcoming the Lord Mayor of Bradford to open the celebrations. Cllr Joanne Dodds said she was very happy to be here and spoke about how wonderful it was to attend local events. She then duly pronounced the event open. 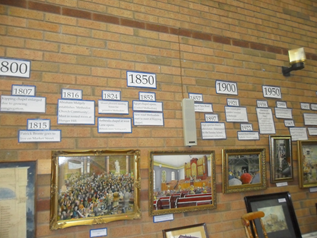 There was lots information about how the church came to be here on this site. Plans of the original building were displayed and how the building of our present church took place. There were lots of photographs which brought back memories of times gone by. The Art Group which uses the church during the week displayed some of their painting and artefacts. Also the Antiquarian Society had a most interesting display about Thornton and the surrounding area.

The Flower Festival was a great success and all the arrangements were beautifully done. The cake decorating competition was great fun and we had some marvellous cakes on display. It was a very difficult job for Rev. Keith Hunt who was judging the competition but, after lots of deliberation, he chose a cake baked by Tina Birch as the winner.

The music was provided by local bands who sang throughout the day and our Sunday school also sang songs and got everyone to join in with the actions. We also played a CD of music by The Music Makers who used to meet in church every week and it brought back lots of memories. 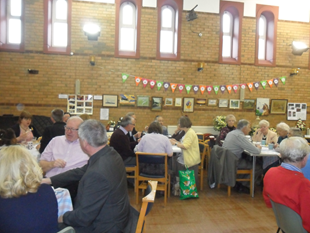 Food was available with appetizing smells coming from the kitchen.

We finished off the weekend by having a special service on the Sunday conducted by Rev. Christine Crabtree and Rev. Rex Owen. This was followed by a fish cake lunch which was enjoyed by everyone.

We had a wonderful weekend and I would just like the thank everyone who helped in any way to make it so memorable. Thanks to everyone who came along from the circuit, who joined us in our celebrations.