A week in ministerial life 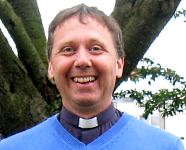 I have been asked to give a flavour of the minister’s week.

Last week was untypical, so I am looking back to the previous week, which began with leading Sunday morning worship at Thornbury (in the South Circuit). Unfortunately, one of the church stewards had eaten the last of the fig rolls, so it was a disappointing end to what had been a good time of worship, including sharing around the Lord’s Table. On Monday, I led Bible Study at Cornerstone (Great Horton), a part of a regular commitment, but during Lent we offered open sessions across the circuit, studying a series on the Psalms, with about 15-16 people attending each session. From there, I went to join with staff colleagues from the North and South circuits and two of the Touchstone staff, for lunch at the Bradford Brewery, from which Rev. Graeme Dutton has been building up new relationships in his work in the city centre. I led a conversation reflecting on my time working across the two circuits. In the evening, I attended and chaired the St Andrew’s Leadership Team meeting, which meets about every six weeks.

Tuesday began with a breakfast meeting with one of the two part-time pastoral visitors from Bradford South Circuit, whom I supervise through regular monthly meetings. We both then went on to the fortnightly South Circuit staff meeting at New Hey Road Church. In the afternoon I had some preparatory reading for the District Probationers’ Committee, and in the early evening a visit to a family in Undercliffe, prior to the dedication of their two sons at St. Andrew’s in the parade service the following Sunday.

On Wednesday, it was Probationers’ Committee, this year held at Bingley, and there were three second-year probationer ministers to consider. Our task was to assess their suitability for going forward to ordination at this summer’s Methodist Conference. This is done with thoroughness, and we were there from 9.30am until almost 5pm.

Thursday’s diary began with the North Circuit Ministers’ meeting at Northcliffe, including a check through the draft Plan, which we had constructed the previous week. This had not been an easy task. In the afternoon, I visited a family from Little Lane Church, to plan a blessing before the family travelled with their infant son for a formal dedication with their families in the Philippines.

In the evening I attended a shared session for the Church Councils/Church Meetings of Wilsden, Sandy Lane, and Haworth Road, before chairing the latter’s Church Council meeting.

Friday was my designated day off, and on Saturday morning I finalised my preparations for Sunday’s service.

Of course, in between all these ‘diary’ events needs to be fitted quiet time, and general administration time, as well as home and family time.